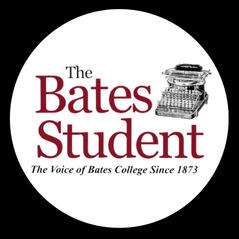 Introducing The Bates Student's first-ever special election issue! To prepare for the 2020 U.S. Presidential Election, our staff has compiled stories and news in anticipation of the day.

The Bates and Bowdoin chapters of the Sunrise Movement organized a march on Friday, Sept. 25, to Senator Susan Collins’ office to demand she upholds her promise to put off the vote on a Supreme Court nominee until after the next presidential inauguration.

With just a few more days until the Nov. 3 election, political groups on campus have intensified their voices.

The Bates Student conducted a survey of current Bates students, staff, and faculty to investigate political views, affiliations, voting trends and other factors related to the 2020 election.

A Brief Overview of Voter Suppression at Bates

The ability of Bates students to vote in the state of Maine is a constitutional right, yet still a contentious issue when it comes to putting that right into practice.

Collins? Gideon? What do Students Think?

Ever since the day that you’ve come back to campus, you have probably had a variety of conversations— some memorable, some less so.

“Depending on how the election goes…” is a phrase I find myself saying very frequently.

Why I'm Voting for Joe Biden

Donald Trump’s hateful rhetoric will forever stain this country, and this hate is not new or particularly unique.

There Are No Undecided Voters

The notion of the undecided voter has served as a defining archetype in the greater milieu of American electoral politics – and for good reason.

We Will Get Destroyed...And We Will Deserve It

What an embarrassment the United States of America has become during the last four years.

Skye, Roy, and Miles are back with Episode 3 of Forum Focus where they talk about Free Speech within college and how they have participated in civic engagement in face of stereotypes and other social challenges.

Which Republican Senator Are You?

Tally up your score and see which senatorial member of the GOP you are.

The 2020 Presidential Election
from a Sociological Perspective

For many sociologists, the election between President Donald Trump and former vice-president Joe Biden is the most socially relevant in American history. To further unpack what this means, I interviewed four professors from the Sociology Department at Bates.

Sixty Years of Progress Down the Drain? – The Fate of Reproductive Rights

According to a survey conducted by The Student, 80.6% of student, faculty and staff respondents reported that they think the outcome of the Nov. 3 election will impact reproductive rights.

As Abraham Lincoln once said: “Elections belong to the people.” Ever since it became clear that Joe Biden would be taking on Donald Trump, there have been countless political analysts, news critics, and journalists trying to predict who will win the election.

Voting By Mail:
An Insight to the Unique Nature of Election 2020

As we progress from October into November, the 2020 election is reaching its endgame.

The Economist currently predicts that Biden has a 92% chance of victory. Yet, this leaves 8% of cases where President Donald Trump wins. And one must remember, Trump was in a similar spot two weeks before the 2016 election. That outcome speaks for itself.

Running in Lewiston: Political Signs are more than just Decorations

There is underlying tension here. This tension comes from the opposing red, white, and blue signs that adorn people’s lawns. These signs bear the names and slogans of presidential candidates: former Vice President Joe Biden and President Donald Trump.

Get Out The Vote

With the Nov. 3 presidential election a mere month away, multiple groups on campus are working hard to help people register and develop a voting plan.

Student-athletes have been particularly involved in voting initiatives around campus, partnering with Bates Votes and the Harward Center, to create the initiative #BobcatsAllIn to inspire student-athletes to vote.

With less than a week prior to the 2020 general election, Congressman Joe Kennedy III held a small, socially-distant ‘Get Out The Vote’ event at Simard-Payne Memorial Park in Lewiston on Friday, Oct. 30.